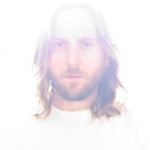 Born and raised in the suburbs of Atlanta, C. Michael Frey’s earliest memories are of creating art. After receiving a B.F.A. in Painting and Drawing from the Lamar Dodd School of Art at the University of Georgia, Frey moved to New York to pursue a career in visual arts. Working in a commercial photographer’s studio for many years, Frey honed his skills in digital illustration and photo-retouching. His work has been featured on album covers, advertising campaigns, and acclaimed magazines including The New York Times Magazine, New York Magazine, Numéro, V, and Wired.

Frey currently resides in Los Angeles with his husband, Tim, and their French Bulldog, Lola, and works as an artist and graphic designer. In addition to creating art, Frey has a passion for baking and cooking.